The Economics of Ethics

There’s a growing sentiment amongst the business world’s top thought leaders that ethics and economic performance are not at odds… in fact, they are intrinsically linked.

Robert Haas, chairman and chief executive officer of Levi Strauss & Company, San Francisco, talks about values in a recent Harvard Business Review: “We’ve learned . . . that the soft stuff and the hard stuff are becoming increasingly intertwined. A company’s values – what it stands for and what its people believe in – are crucial to its competitive success. Indeed, values drive the business.”

We couldn’t agree more. A recent report released by the Association of Fraud Examiners states that the estimated loss to an organization as a result of fraud is 5% of its revenue each year. Moreover, surveys suggest that companies with a good reputation for ethical conduct are more likely to attract key talent.

With so much value at stake, boards and executives can’t allow ethics to remain a strictly private matter between an employee and their conscience. It should become their prerogative to actively promote ethics by articulating the organisation’s core values, communicating them throughout the enterprise, applying them in day-to-day practice and creating corporate policies and practices that work with, not against, the principles of ethical behavior.

Although managers oriented to the bottom-line may find ethics a difficult standard to prove, the corollary may be a better test. Unethical behaviour can be costly. One need only to read the headlines in the business sections of newspapers to understand that the price of misconduct is rising:

To conclude, a programme that is designed to instill the organisations” values in its’ employees must be more than a precise model of ten points that sits on a shelf. It must be a dynamic, living instrument. Every month and every year organisational circumstances and situations change. When such changes occur, managers are required to re-evaluate the goals and contents of even the most thorough value programmes. As Bill Hewlett noted: “The HP Way was never really written down… It really seemed built in and understood…[you keep the values alive] by example. Do as I do, and not do as I say.”

Impact of Organisational Values on Business Performance, by The European Centre for TQM.

The people side of Risk Intelligence, by Deloitte. 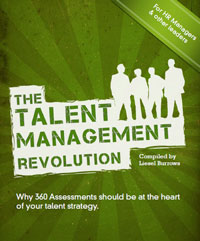